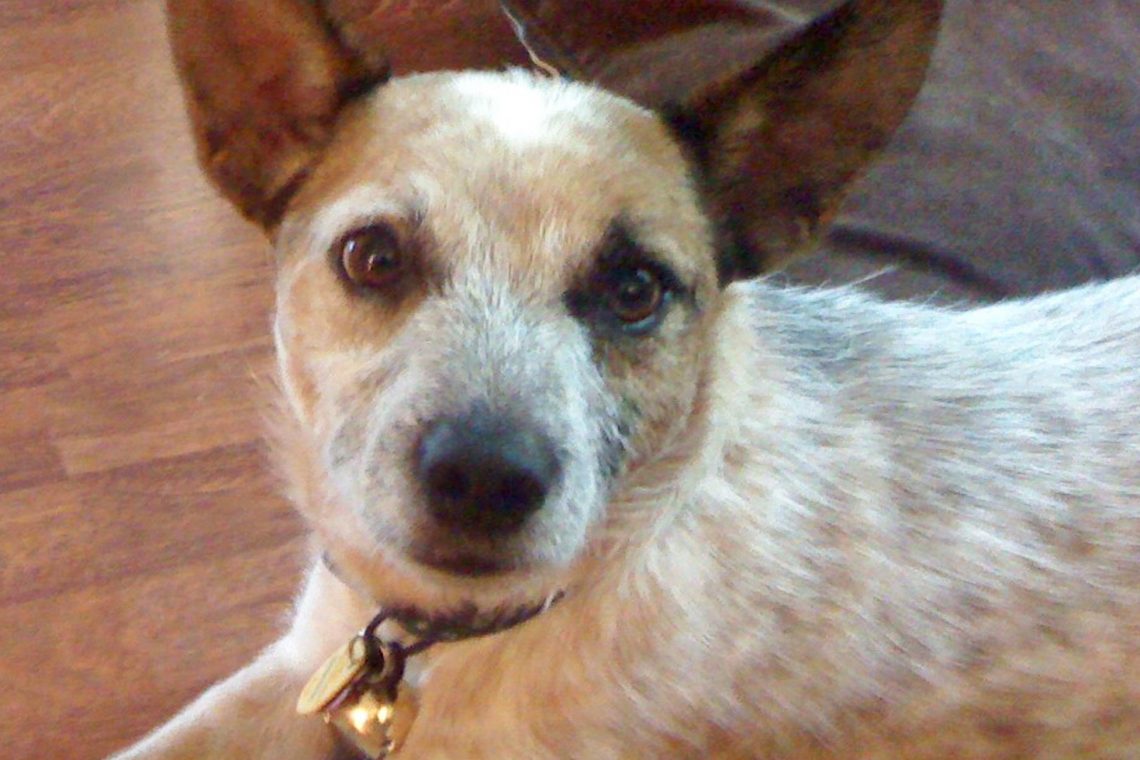 A Playmate for Sally

“Sally needs a playmate,” I say.

“No way will the princess want another dog taking attention from her,” Mike responds.  “Besides, Sally can play with Mary.”

“Mary just chases her ball and sleeps on her pillow. Anyway, I saw this really interesting dog in the last issue of Cats and Dogs Magazine.”  I open it to the Wishbone Pet Rescue page and show Mike.

“His JOB will be to play with Sally,” I say.

“A Jack Russell and Australian cattle dog?  Do you know how much energy he is going to have?”

I submit an internet application to Wishbone, and a week or so later Eli and four of his caretakers come for a visit.

The cars pull into the driveway and Eli jumps out.

“Hi, Eli.”  I bend over and let him smell my hand.  Sally and Mary are conducting a sniff-a-thon while Eli turns in a circle, trying to sniff them back.

He runs around in the back yard, Mary walks with her ball in her mouth, and Sally does her happy spinning. I bend to pet Eli and he bounces straight up in the air, smacking my nose with his head.  “Well, I can see the Jack Russell in him,” I say, rubbing my nose.

Eli takes off running and Sally darts after him. Mike sits on the porch and smiles.  If Mike were Sally he would be doing the happy spin right now.

“This might actually work,” Mike says as he tosses Mary’s ball.

Eli runs to Mary and jumps at her in play.  Mary gives him a lip sneer and Eli backs away.  Sally and Eli never exchange one snarl during the visit.

A few weeks later, Eli comes for a sleepover per Wishbone policy. He arrives on a Friday. Eli and Sally chase each other inside the house and outside in the yard.  When they scrap with each other, Eli goes for the back of Sally’s legs, which is difficult because she is often spinning.

We stack Eli’s kennel on top of Sally’s in our bedroom and he bounces in and out. The first night he gets into his kennel when we go to bed.  During the night he gets out of his kennel several times and jumps onto our bed.  He sniffs us and then goes back to his kennel.  It is as if he is checking to make sure we are still there.

The weekend is a success.  Eli stays in the yard when he is outside, and comes when called. At the end of the weekend we talk to Wishbone and the adoption is approved. Eli has a new forever home and Sally has a playmate.

Then things start to change. That night Eli is in and out of his kennel as usual, and although it was adorable the first night, being woken up all night is not amusing.  And every time he gets out of his kennel, Sally scrambles out from under the covers and bashes into my face. We spend a very restless night.

When we let him outside the next day, Eli takes off into the woods.  I panic because I can’t see him. “Eli, here!” I yell.  But no Eli. I’m really panicking when he comes flying around the pole barn.  Later, we attach a bell to his collar so we can hear him.

But then he lifts a leg and pees on the wall in the hallway.

“He was on his best behavior over the weekend,” Mike says,  “and now that he knows he is in, he is being naughty.”

With loving, yet stern, discipline, Eli calms down.  He still races around in the woods, but he comes when called.

At night, both dogs jump into our bed and settle in.  It is soothing to have a dog snuggled against my body, until I wake up and Sally is smashed against my left side and Eli is on my right.  I can’t move for the whole night.

“We should lock Eli in his kennel tonight,” I say as we get ready for bed the next evening.  Sally is already under the covers.

“That’s not fair,” Mike says. “Sally gets to sleep in the bed with us.”

“Eli, kennel,” Mike says.  Eli hops into his kennel and snuggles into his pillow.  Mike locks the door and shuts off the light.  “I can’t look at him.”

“Because I know he’s staring at me.”

Mike climbs into bed and just as I am about to drift off to sleep, I hear it.