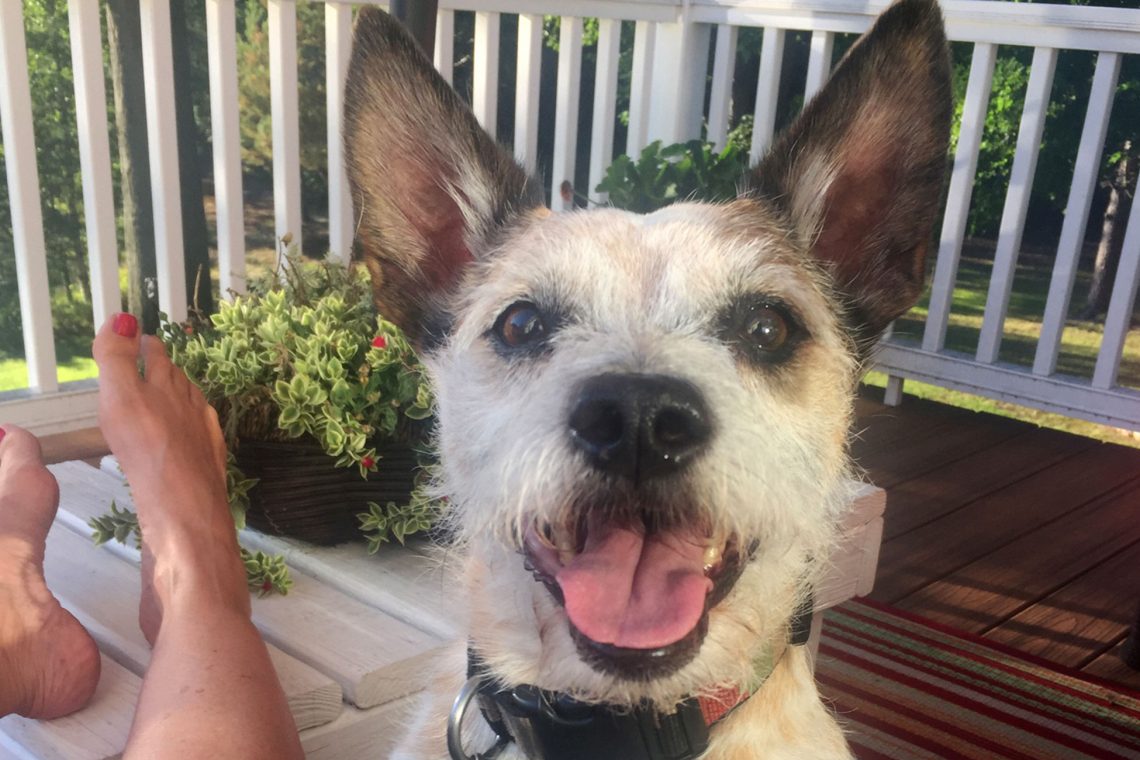 Walking outside, I paused and let the sun warm my face. This would be a great place for an hour of Sally writing. I gathered my laptop, cell phone, pen, and headed outside. On the way, I dropped my pen and kicked it to the porch so Eli would not eat it before I could pick it up.

I opened my computer and brought up a blank page. My phone chimed which meant I had a text message and I spent the next 15 minutes texting back and forth with Splattered Ink’s illustrator. After that, I texted our client to bring her up to speed on the project.

“Really Sally?” I placed my laptop on the table and bent to pick her up. She moved out of my reach. “Fine, stay there.” I pretended to lean back and when she crouched forward again, I grabbed her by her front legs and pulled her up. Eli was sitting on a chair and I swear I saw him shaking his head in a pitying way.

Sally settled and once again, I picked up my computer. My phone chimed and I responded to another text, and then decided to check Facebook—I was doing a good job of avoiding writing. During that time Sally left my side and Eli took her spot.

“What is that smell?” I gagged and put my hand over my nose. It was a smell of death coming from Eli’s face. He gave me a dirty look.

“Come here, Eli,” I said, turning on the hose. He went the other way. “Eli, come here.” I grabbed him by his collar and rinsed him where he had rolled in something dead. I shut the hose off and went back to my computer. Eli walked over and there was that smell again.

“Ugh.” It was going to take more than just water to get rid of this horrible aroma. I doused him with doggy shampoo, scrubbed and rinsed him off.

“I’m not enjoying this any more than you are Eli,” I said. He shook, spraying me with water. I had a feeling he did it on purpose.

I settled back onto the couch, opened the blank document page and wrote a couple sentences. Eli was now rubbing his face in the dirt, but at least there was nothing dead there. That is when I noticed Sally doing the ‘head lean’ which meant she was about to drop and roll.

“No, Sally!” I rushed over and sure enough, there was the dead thing. Rather, the remains of the dead thing. A blue jay had been a meal for something and all that remained were a few gizzards and feathers.

I disposed of the innards, and once again sat to write. Eli was lounging on a chair, Sally was lying beside me and all was calm. Until a firecracker exploded somewhere in the neighborhood. Eli leapt out of his chair, jumped onto my lap, and knocked my computer onto Sally. I grabbed it before it hit the ground, while trying to calm a quivering Eli with my other hand. The calming was not working as he continued to shake—any loud noises terrify our little buddy. It was obvious he wasn’t going to relax, so I put him in the house. No sooner had I sat down, then he pushed the screen door open and jumped up beside me landing on top of Sally.

I walked back into the house and called him. He went inside and I shut the main door. Sally was sleeping so I thought I could get back to writing. I read over the two sentences I had written and through the door window, I could see Eli chewing on something. Inside I went—this time recovering soggy, torn papers stolen from the wastebasket under my desk.

Eli then bounded up the stairs barking. I followed and saw the UPS truck driving away. As I opened the door, Eli took off down the driveway.

“Eli!” I ran after him, stepping on tiny pebbles that dug into my bare feet. Sitting in the driveway, I rubbed the bottom of my feet and Eli came over to see if I had something he could eat. I brushed the dirt off his still stinky face and gave him a kiss. He offered his own lick and I tried not to think of the dead thing.

We walked together to the porch where Sally was sleeping and my laptop sat closed on the table. Opening it, I saw the battery was dead (another dead thing). I would need to charge it before it could be used outside. I took a seat in the middle of the couch (on the hump) and Eli jumped up beside me. He put his head on my lap and we started to doze off with only the tiniest scent of dead blue jay still in my nose.