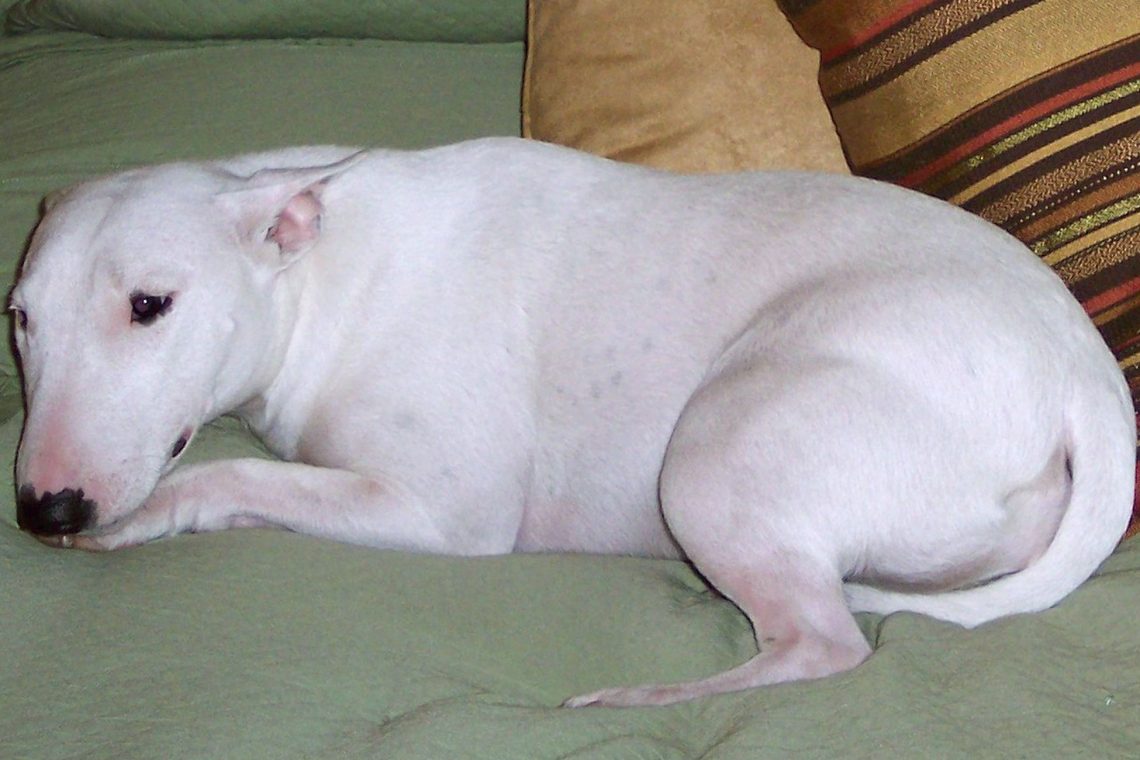 I balance the plastic container of Sally pee on my lap while I keep my right hand on Sally’s body and steer with my left.  I have no idea how I’m keeping the car on the road as we drive to the vet’s office. Sally needs a health certificate that will allow her entry into the PetExpo for her paw signing of Life With Sally:  Little White Dog Tails.

At the vet’s office, Sally jumps out of the car, wiggling with excitement.   Everyone is happy to see her and her tail wags like crazy.  I hand off the sample and Sally and I wait our turn.

In the exam room, the vet asks, “Was Sally peeing around the house?”

“Was she licking herself a lot?”

“Did she seem to be in pain when she was urinating?”

She tells me Sally has a severe bladder infection.  She has blood in her urine and crystals have formed.  She talks about red blood cells and how there were too many to count, and now I’m wishing I had paid more attention in science class because I don’t understand what she is saying.   I’m a writer.  I know how to put words on a page.  Cells, microscopes and the like I don’t understand.

Guilt settles over me like a wet blanket.  “Would she feel pain from this infection?”

Now I’m really confused.  Sally is a wimp, and she has not acted like she was in pain at all.  Not even a little whimper.

The vet listens to Sally’s heart and says she has a strong heartbeat.  Sally is leaning against me and I wonder if the vet is actually hearing my racing heartbeat through Sally’s body.  How could I miss that my little Sally is sick?  I am a bad mom.

The vet checks Sally’s booty, legs, paws and moves to her teeth.  “Uh oh,” she says as she peels Sally’s lips away from her gums.

I don’t want to hear anyone in the medical field say “Uh oh.”

But maybe it is just a sliver from her favorite toy, the rake.

The vet examines Sal’s mouth and says she needs to go to a vet that specializes in animal dentistry.  Seems that Sally may have an abscessed tooth and the infection is leaking from the inside out, through a hole in her gum. The vet shows me the black hole and I throw up a little in my mouth.

Guilt is about to explode through the top of my head.

“I’m so sorry, Sal,” I burrow my face into her neck.  I am a bad, bad mom.  My little dog was falling apart while I worried about whether we were going to have enough books for her paw signing.  And since when did Sally become stoic?

“Has she been eating?” the vet asks.

“Yes, well, no, well she has strange eating habits,” I say.  “She has been eating, but if the phone rings, she runs away from her dish.  Or if the refrigerator door is opened, she won’t eat.  But her food is always gone.”

There is no doubt; I am going to get the award for bad dog mom of the year.  When I go home, the Animal Protective Services will be waiting at the door. “We got a report that you are a bad Sally mom,” a guy in a green uniform is going to say.  Then he is going to reach for Sally.

“Well, her weight is fine,” the vet interrupts my misery.

That’s right.  If she wasn’t eating, her weight would be down, not up.

The vet leaves the room to prepare medication and I smother Sally’s pointed white nose with kisses.  “I’m sorry, Sal,” I say.  She pushes her nose toward my pocket holding her treats.  I fish one out and she chomps it down. No wincing, no whimpering, and no careful chewing.  Maybe she is stoic.

At home, I call Mike.

“Sally is a mess,” I say.  “She has a bad bladder infection and an abscessed tooth with a hole in her gum where the infection is leaking from the inside out.”  I wince.

“Well, we know she hasn’t been in any pain.”

“The vet said she has but these dogs are very stoic.”

Mike laughs.  “Tricia, she is not stoic.”

“Maybe a little wimpy, but right now she is really sick.”  I reach for the treat bowl and Sally starts spinning.  I hang up the phone and Sally runs to the bedroom.  She dives into the pillows on the bed, knocking them onto the floor, then tears from one end to the other.